Hip Replacement Surgery: It May Not Be What You Think

If you have severe arthritis in your hip, or if your doctor has even directly told you, "you need a hip replacement" alarm bells might be going off in your mind. You've heard about hip replacements before, and a lot of what you've heard is not good! Here's the thing: hip replacements are major surgeries, but they're not as awful or as challenging as they often get the reputation of being. The procedure and the replacement hips themselves have improved a lot over the past few decades, too — so if you're getting information from someone who got a hip replacement 20 or 30 years ago, that information probably isn't quite accurate anymore.

So, what often-repeated statements and information about hip replacements are a bit off-base? Take a look.

If you're worried that getting your hip replaced will mean spending a month in the hospital, you can set that worry aside. These days, the hospital staff really tries to get hip replacement patients out of the hospital as soon as possible. You'll be discharged as soon as you're able to get up and use the bathroom on your own, which surprisingly, is usually within a couple of days. You'll probably then spend a week or two in a rehab center before being sent home to complete your recovery — hopefully with a friend or family member caring for you.

Your new hip will feel robotic and fake.

There's no other way to say this: it's just not true. Once you're recovered from your hip replacement, your hip will be less painful than it has been in years. You won't be able to feel or notice that there's anything artificial inside your body. You'll just feel like you have a younger, non-arthritic hip again! The only lingering evidence of your hip replacement will be the scars.

Your replacement hip will only last 10 or 20 years.

Sometimes people put off their hip replacement because they assume that if they have the surgery too soon, they'll have to have it again later when their new hip wears out. Thankfully, though, today's replacement hips are made from sturdy, bio-neutral materials that will last as long as your natural body. There's no reason to put off a hip replacement if your doctor says you need one. 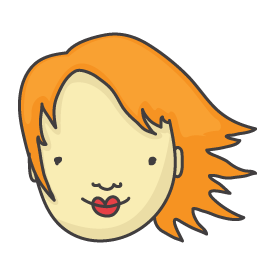 After I was involved in a bad car accident a few years ago, I didn't know if I would ever be the same. I had broken both of my legs, one of my vertebrae, and more than a few ribs. Unfortunately, even after I was released from the hospital, I still struggled to walk. Fortunately, a friend of mine mentioned this incredible orthopedic surgeon that her son had worked with after a sports injury, and so I made an appointment. After evaluating my chart, the surgeon found that my leg hadn't been set properly. He suggested a surgery to correct the problem and told me that it might make it possible to walk better in the future. This blog details my journey through orthopedic surgery, so that you can learn more about the process.

Read in about 2 Minutes